IRAQ: Thousands of Iraqi children face death after ISIS advance – Once upon a time, liberals were excoriated for employing images of children in order to persuade the public that their cause was a right one.  Conservatives called these flesh-and-blood props “human shields.”

IRAQ: ISIS vows “We will raise flag of Allah over White House” – The Corporate Media is maxing out the propaganda meter on ISIS and Iraq.

Democrats talk about impeachment 20 times as much as Republicans – Whistling past the graveyard?

(PHOTOS) Waiting for the end of the world: Fallout Shelter Tourism

Atomic Tests Were a Tourist Draw in 1950s Las Vegas

Why Even ‘Anonymized’ Information Can Still Identify You – Face it: most of what’s worth knowing about the reader has already been collected, stored and categorized somewhere by some organization. When the Corporate Media runs an article on what’s currently happening, it’s really presenting the reader with a fait accompli.

Nothing says “Sorry our drones hit your wedding party” like $800,000 in cash and some guns – This reminds this writer of a short discussion he had a few years ago concerning innocents being killed by the USA.  The other person remarked, “Good.  I couldn’t care less.”  The other person in the discussion was a member in good standing of the Corporate Media.

Statue of Jesus has human teeth – Constructing creepy statues of Jesus is the specialty of many idolators.

The Purposes of Trials, Part 1

There is more than one purpose to the trials we go through. Yes, one of the reasons for the trials we go through is that God’s name be praised, honored, and glorified, but it is not the only reason, nor can it be. Because God is love, our trials’ end purpose cannot simply be one thing which God can readily get from all of His other creation, if it is in our detriment and has no other eternal benefit. Simply put, God will not cause you to suffer needlessly, He will not allow you to go through trials and afflictions just because, but rather, there is purpose in the trials we must endure, and within that purpose our good is always a factor.

Apostates and Apostasy – Is your calling and election sure?

Google Is Nudging Us Towards A More Encrypted Web

Deception in the Church

It takes a mighty miracle of God to deliver the deceived from the damning deception.

Pat Robertson – The lowdown on a man still exalted by some who inhabit the churches.

No one knows the best tooth brushing method

John 10:28: And I give unto them eternal life; and they shall never perish, neither shall any man pluck them out of my hand.

I usually like to ask such folks; “When Jesus Christ gives you ETERNAL life upon belief, what does the word ETERNAL really mean to you”?

From Barnes Notes on John:

Shall any – The word any refers to any power that might attempt it. It will apply either to men or to devils. It is an affirmation that no man, however eloquent in error, or persuasive in infidelity, or cunning in argument, or mighty in rank; and that no devil with all his malice, power, cunning, or allurements, shall be able to pluck them from his hand.

Someone steals thousands of gallons of water from California Fire Dept

Europe Dreads Chlorinated Chicken from America – Washing waste scraps in ammonia to produce pink slime and treating chicken with chlorine: America’s meat is being exposed as suspect by the Corporate Media.  Wonder why?  Maybe the media is exhibiting a true love for those who consume its products?  America is the world’s second-largest exporter of chicken behind Brazil.

Sharks turn out to be much older than anyone previously thought 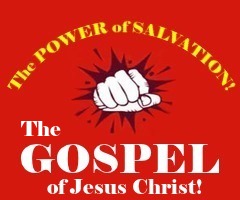 I fell for a satanic trap – Testimony from Valerie

This is how Satan is going to get the whole world to believe the lie that we are already divine and that our divinity and power comes from within. Without the truth of God’s word, man will have no power to resist Satan’s deception. After the initial shock I began to see how the beast will convince the people that he is to be worshiped.

Deadly Algae Are Everywhere, Thanks To Agriculture

The War Photo No One Would Publish

James Brady’s Death Was A Homicide, D.C. Medical Examiner Rules – So, Brady was shot 33 years ago and died at the age of 74 (almost).  But because the coroner ruled he died as a result of his bullet wounds received over 3 decades ago, the claimed shooter will be on the hook for homicide.  Thought-provoking.  Would the same logic hold true for someone who sustained an injury?  How about an injury sustained as a child playing with other children?  If that injury were found to be the “cause of death” would the other children be responsible for a person’s death 70 or 80 years later?

Ebola: Some rely on witchdoctors to ward off disease

Ebola Outlook: Outbreak to get worse, go on for months

2014 is coldest on record for New York City – Coldest EVER!  It used to be that the only contact with the media many Americans had was the daily weather report.  Now, with EXTREME WEATHER!, even the weather is used to provoke a spirit of fear.

Hillary Clinton’s reputation – it’s better than you think – Some Corporate Media properties exist only to spin yarns.  The Weekly Standard (from which the headline is taken) is one of those organizations.  The WS makes no pretensions about being a news weekly.  The mag exists only to furnish the Why’s and How’s to its readership.  In short, it is a narrative factory, pumping out the reasons the ship of state is always running aground.

When liberals are in power, the Weekly Standard details the horrors of their governance and why their programs won’t work.  When Republicans are in power, it provides a steady stream of excuses about why the GOP can’t deliver on the promises they have made. Through it all, attentive readers will get the idea that, in the end nothing works.

Telling people that world events are pre-engineered won’t sell many magazines.  There is, however, a large pool of people who want to be soothed by a political bedtime story.  The Weekly Standard and its ilk oblige–for a fee.

George W. Bush And The Real Story Of The Great Recession

Obama, With Reluctance, returns to action in Iraq – The “insanely-pro-Obama media” never misses a chance to remind  Americans that Obama is President MomJeans, the bumbling, embarrassed president who is uncomfortable wielding the power of the USA.  This media camouflage has successfully obscured the fact Obama has been responsible for killing more Muslims than any other president.

Why Can’t the Islamic State be stopped? – Yeah, one would think US air power ought to be worth something, huh?

How Obama evolved on the issue of genocide in Iraq – The most creative narratives will be centered on ISIS, Iraq, why the USA seems powerless to stop the GIANT of ISIS and why IF ONLY we apply more power and bombs, everything will soon be coming up roses.

The World will blame Obama if Iraq falls – As we speculated weeks ago, Obama (President MomJeans) will be blamed for “losing Iraq.”  The world will not blame Obama for the world cares not.  But the Corporate Media will blame Obama because it has an agenda to fulfill.

The demographics of Genocide: Who commits mass murder?

IN CASE YOU MISSED IT: End Times Prophecy Headlines: August 8, 2014