Genghis Khan, the Nazi blitzkrieg and the Spanish Flu all rolled into one neat package: that’s the continued selling of the Islamic State (ISIS) as the worst calamity man has ever known.  It’s a short step from there to selling all Muslims as subhuman beasts only fit for death.

IRAQ: Senator Inhofe warns of terror attack on US soil from ISIS

“We’re in the most dangerous position we’ve ever been in as a nation,” Senator Inhofe told Fox 25’s Phil Cross.

“ISIS, they are really bad terrorists, they’re so bad even Al Qaida is afraid of them,”

IRAQ: Charles Krauthammer: ISIS – the worst people on earth – That’s why Krauthammer makes the big bucks.  The yarns he spins are just as big as anyone else.  But Krauthammer does it in such as way as to be believable to a large group of followers.  For example, see how skillfully he slips the following into his article without missing a beat.

“There is no negotiating with Islamic State barbarism.”

“These are the worst people on earth.”

Those phrases would stand out in a lesser piece.  In Krauthammer’s hands, they flows into his narrative in a natural way.  Again, that is why he makes the big bucks.

GAZA:Palestinians Suspected Of Collaborating With Israel Are Executed In Gaza Strip – Isn’t that what all countries do during wartime?

US Law enforcement stepping up efforts to identify sympathizers – No doubt, “sympathizers” refers to anyone questioning the official government/media narratives.

Time is almost up.

Media baffled by president’s increasing isolation – Here’s a clue: the media cannot be baffled.  It’s the media who writes the scripts. But they do feign bafflement. That is the case now.

Tea Party and Paul Ryan breaking up – The only way the Tea Party could have backed Paul Ryan in the first place was for the Tea Party to betray the millions of ordinary folks who supported it.  However, it was never about the Tea Party doing anything but channeling the popular discontent of the middle-aged middle class Americans into the Tea Party.  Once there, they made signs, conducted marches, held meetings–in short, all of the activities which do absolutely nothing to change anything but which give the appearance of being productive.

Paul Ryan is a fake, a phoney and playing for the same team as Obama, Nancy Pelosi, Mitch McConnell and the rest of the one-world government boys.

The Tea Party is what is commonly referred to as a controlled front (or controlled opposition).

Controlled Opposition: The Children of the Father of Lies

Ex-CIA Officer: ISIS has terror cells already in the USA

Ferguson Missouri calm as support for officer builds – The media is not finished with this narrative yet. 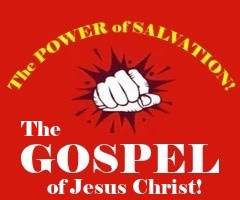 Dressing Like A Two-Year-Old Is The Latest Fashion Craze

MTV Awards Sunday night: Time for more shock TV? – It’s not about the awards.  It’s about how much perverseness can be dripped into the public consciousness.

To those who subscribe to extra biblical teachings on the topic of holiness, whether or not it can be attained, or whether or not we ought to pursue it, the entire thing can be a real head scratcher. Because men would rather believe the words of other men than the Word of God, there are entire passages of Scripture individuals conveniently avoid, or refuse to read, because to do so would mean to be confronted with the reality that what they believe is contrary to what the Bible says.

Everything you wanted to know about RUBBER – (h/t:F)

List of logical fallacies – How to recognize when someone is trying to pull the wool over your eyes logically-speaking. Because so few know what was once fairly common knowledge, many are easily persuaded and deceived.

What Should You Do After Drinking Coffee? – Perform an exorcism?

First, we are instructed to gird up the loins of our mind. Granted, the meaning of this instruction has been somewhat diminished by history, but it is nevertheless understandable for anyone willing to take a breath and meditate on it. Sure, I can go into the whole Hebrews wore tunics, and they had girdles into which they tucked their tunics explanation, but what this expression actually means is to be ready, to prepare oneself, to be focused, and to be equipped.

The Fading Art Of Diagramming Sentences – Ah yes.  This taught English sentence structure and word type and usage like no other exercise–which is why it has become a thing o the past.  It’s hard to dumb down the population if they are taught useful information.

Wyoming and Montana brace for snow and cold

Americans Are Clueless About Ebola

MEDIA NARRATIVES ALERT“How can the reader know when the Corporate Media is lying to him (never mind the fact that the media is Satan’s Mouthpiece and Satan is the father of lies)?  One easy way to tell is the use of “Why” and “How” in the headlines of an article.  When the reader sees “Why?” or “How?” in the headline–occasionally “What” is used–that which follows will be a fairy tale, a narrative, a bedtime story spun by the media for the benefit of the media’s master.”  “Why” usually denotes an on-going narrative; “How” signifies a story line which explains past events.  Not all narratives begin with “How” or “Why.” However, the most in-your-face, over-the-top ones usually do.