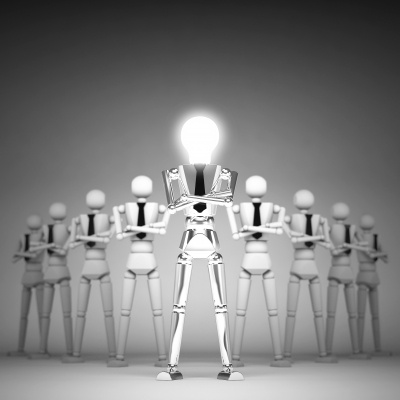 “And I stood upon the sand of the sea, and saw a beast rise up out of the sea, having seven heads and ten horns, and upon his horns ten crowns, and upon his heads the name of blasphemy …and the dragon [Satan] gave him his power, and his seat, and great authority.”
–Revelation 13:1-2

The first beast of Revelation 13 is a political system which rules the entire earth. (This is apparent to any who read the angel’s description of the beast in Revelation 17).

Anyway, The first beast of Revelation 13 is a political system.

It’s helpful to remember Revelation 13 during 2016.

2016 is an election year, with its usual “This could be the most important election of your lifetime” pleas to vote.

A friendly reminder from eight years ago.

And the person best able to lead America into its Socialist future is Senator Obama. Perhaps that’s why Senator McCain on October 10, 2008 shocked a crowd of supporters urging him to fight on when he told them Obama is a decent person whom they don’t have to be afraid of as President. Why would McCain say that about someone who is pro-abortion rights and who has dangerous economic and foreign policy positions?
-—Dr. Dennis Cuddy, Ph.D, Oct 20, 2008
The People’s Republic of America

“Why would McCain say that about someone who is pro-abortion rights and who has dangerous economic and foreign policy positions?”

More importantly, why would McCain have said that with weeks still left before the 2008 election between himself and Obama?

They’re all on the same team, folks.

All of the candidates have a certain moral flexibility, a certain slavish devotion to causes loathed by the masses and a bland uniformity much remarked on by the average voter.

Any who lack these qualities have been disqualified long ago by the mystery of iniquity.

Again, they’re all on the same team. NONE of them will represent the voters.

As the voters in the USA will soon find out to their great and ignominious dismay.

None of this is new: these thoughts about the homogenization of electoral choices have been pointed out by various commentators.

What IS new is the complete OBVIOUSNESS of the lack of choice.

This in-your-face hopeless feeling by voters is also something promoted by the media (though they would protest to the contrary). Its purpose is to lead the average voter into concluding “The system no longer works.”

The system NEVER worked as the average voter supposed. That’s one reason for a full-time media constantly ‘explaining‘ away the failures of the system or why the system did not deliver as promised (or as the ‘brilliant’ founding fathers had devised it).

That’s the reason the political situation depressingly stays the same, regardless of how many ‘rascals’ or ‘bums‘ the voters ‘throw out.’

That’s the reason no matter how many new faces, the agenda remains the same. (This is more than obvious by 40+ years of empty pro-life movement promises, election after election, to overturn abortion. The faces have changed; the Supreme Court has changed; the excuses are many and sundry: the policy remains the same.)

“The system no longer works.”

THAT is the real message behind the Bill Clinton vs Bob Dole vs Ross Perot match-up of 1996 or the George W Bush vs John Kerry ‘contest’ (2004) or the APPARENT match-up of Donald Trump vs Hillary Clinton (2016).

“The system no longer works.”

Americans are now being led to this obvious conclusion.

Soon, Americans will be offered another system; a system designed long, long ago. The new system has been devised by the same group which sponsored the old system. Many who bitterly complained about the old system will eagerly embrace this new system, not knowing or caring about anything other than the lie of “It’s new!”

“It’s new!” is the false hope which fuels the current system.

“It’s new!” is the reason so many get caught up in a false “changing of the guard” every four or eight years.

“It’s new!” will be the reason so many will applaud the worldwide system of the dragon (Satan) which will rule the tribes, nations and peoples of the earth for three-and-one-half years before the return of Jesus Christ.

Is the reader placing his faith for a better future in the schemes of man?

There is still yet time to place one’s faith in eternal salvation through Jesus Christ.

[Portions of this piece appeared originally in End Times Prophecy Headlines: May 11, 2016 .]

by Mondo Frazier
–with Jeremiah Jameson

Just a simple blogger with a bag on his head. View all posts by M. Frazier