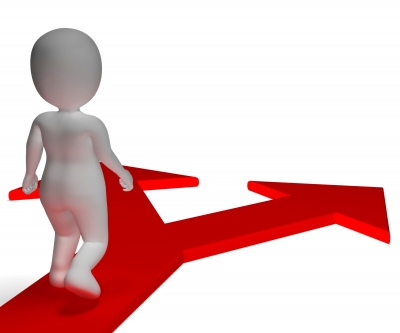 “Ye adulterers and adulteresses, know ye not that the friendship of the world is enmity with God? whosoever therefore will be a friend of the world is the enemy of God.”
–James 4:4

One of the features of the end times is that mankind will be forced to make a choice. This will be a choice mankind has ALWAYS had to make: between the Word of God and the words of the world.

HOWEVER, man is a liar and man mostly lies to himself.

One of man’s biggest lies to himself is that he is “walking a line between God and the world” OR that he is living in some sort of “gray area” between the black and white of the world and God. OR that he is a “good person” who sometimes makes bad choices.

Many are those who tell such lies to themselves claim to follow the Word of God: the churches are stuffed full of such folk.

But when it comes down to SPECIFICS, they sing a different tune.

The Bible vs The World: The Heart of Man

Then there all of those who try and “split the difference” between the Bible and that old, pagan religion called Science.

“The LORD reigneth, he is clothed with majesty; the LORD is clothed with strength, wherewith he hath girded himself: the world also is stablished, that it cannot be moved.”
–Psalm 93:1

“Then spake Joshua to the LORD in the day when the LORD delivered up the Amorites before the children of Israel, and he said in the sight of Israel, Sun, stand thou still upon Gibeon; and thou, Moon, in the valley of Ajalon. And the sun stood still, and the moon stayed, until the people had avenged themselves upon their enemies. Is not this written in the book of Jasher? So the sun stood still in the midst of heaven, and hasted not to go down about a whole day.”
–Joshua 10:12-13

“The sun also ariseth, and the sun goeth down, and hasteth to his place where he arose.”
–Ecclesiastes 1:5

The choice will be for Jesus Christ, God’s Word and God Almighty against the man of sin, false words and the dragon.

There will be those who insist no such choice will be presented. There will those who always dismiss what the Bible clearly says with their clever “That’s not a salvation issue!”

AS IF faith in God’s Word is not a salvation issue in and of itself.

“But without faith it is impossible to please him:”
–Hebrews 11:6

There will be no gray areas in which to hide.

And that is EXACTLY the way God wants it to be.

Men will either stand up for Jesus Christ, who is the Word.

OR, men will slouch away to avoid the laughter of other deceived and wicked men.

And so, men will make their choice.

The choice will be an easy one.

No matter what shiny, pretty words they may speak otherwise.

So they will lie to themselves once more about “repenting later“–or whatever they tell themselves– AND then they will make the choice they’re so used to making: to spurn the Word of God and chase after the approval of the wicked and the world.

No big deal: it will be just one more choice.

Easy with a capital “E”.

And many will have all of eternity to think about their wrong choice; of how they avoided a moment of derision and turned their back on the Word of God.

The reader will soon have to make a choice.

Which will the reader choose?