RUSSIA: Are Russia and America headed for a showdown?

IRAN: US Navy ship fires warning shots at Iranian vessel after it comes within 150 YARDS of the American warship

LEBANON: Trump erroneously says Lebanon is ‘on the front lines’ fighting Hezbollah, a partner in the Lebanese government

Nuclear Holocaust: The End of the World According to Satan

CLIMATE CHANGE: The End of the World According to Satan

“Meet the new boss…same as the old boss.”
–The Who, Won’t get fooled again

“You can’t shame or humiliate modern celebrities? (or politicians?–Ed.). What used to be called shame and humiliation is now called publicity. And forget traditional character assassination; if you say a modern celebrity is an adulterer, a pervert and a drug addict, all it means is that you’ve read his autobiography.”
-—P.J. O’Rourke

QUOTES: A Few Thoughts on Voting

Things of This World: Faith and Trust in Politics

“But actually, he thought as he readjusted the Ministry of Plenty’s figures, it was not even forgery. It was merely the substitution of one piece of nonsense for another. Most of the material that you were dealing with had no connection with anything in the real world, not even the kind of connection that is contained in a direct lie. Statistics were just as much a fantasy in their original version as in their rectified version. A great deal of time you were expected to make them up out of your head.”
–On changing government statistics – George Orwell, Nineteen Eighty-Four

POLLS: Another Way to Lie

POLLS: The Fiction of Polls and Public Opinion

Republicans vote to move ahead on Obamacare repeal but is followed by a failed attempt to pass the GOP repeal-and-replace measure – There will always be plenty of drama, exciting reportage and breathless chronicling of WHY the political puppets always fall JUST SHORT of living up to their promises, pledges and solemn vows of campaign season–especially when those promises involve repealing wildly unpopular government programs.

GOP secures the votes to take up Obamacare repeal with help from Pence as ailing McCain makes dramatic return to the chamber – after protesters scream ‘Don’t kill us! Kill the bill!’

America may soon find itself in an underwater war with China

Trump says ‘time will tell’ whether he fires Jeff Sessions

Modern man places his trust in the creations of other, fallible men.

Such as the FBI.

FBI investigating Democratic National Committee email hack – Are there any words more likely to inspire mirth among the rich and well-connected than “The FBI is investigating?”

However, if the agency investigates one of the masses, it’s a different story.

One of the rich and celebrated?

Some Corporate Media outlets are already reporting that the FBI suspects Russia is behind the DNC email leak.

The FBI only needed a few days to inform the world: It was the Russians!

Excuse me, but the FBI’s recent record concerning the investigation of political emails isn’t exactly reassuring.

Experts say the hunt for ET beings helps educate society about science – True enough though not in the way the headline writer was hoping the reader would take it.

Total Solar Eclipse 2017: How to Watch Safely and When

Ketamine is a safe and powerful cure for elderly people with depression, study claims: 50% of patients ‘cured of symptoms after taking the club drug’ – Who knew the Corporate Media and Corporate Medicine would find such wonderful uses for “Special K“?

MORE: Pharma and Sorcery in the End Times

MORE: BIG PHARMA: Mad about Drugs, Sorcery and Poison in the End Times

The world never tires of challenging God’s Word (the Bible).

Especially as it concerns the fast-approaching climax of human history.

Huge drop in sperm count could lead to human EXTINCTION: Study reveals 60% drop in fertility since 1970 – driven by the unhealthy Western lifestyle

This is the latest spooky story imagined about mankind’s supposed demise.

It is as believable as any of the other stories told by the Corporate Media (Satan’s Mouthpiece).

The wicked are preoccupied with this theme because they do not want to believe what ACTUALLY happens.

Is the reader curious?

IF interested, the reader may find out for himself (Revelation 4-22).

Super Soldiers – A popular story line in both the Corporate Media and Corporate Entertainment (the two are virtually the same).

8 technologies the Pentagon is pursuing to create super soldiers

The Department of Defense wants troops with super strength, telepathy, and immunity from pain.

ONE, FOUR YEARS AGO

Deception is a hallmark of the end times.

And the popular news, entertainment and information services feature little except propaganda and disinformation. Among the ceaseless barrage of deception, there are two locations at which the interested reader can spot cutting edge propaganda.

One place the interested reader can find out what “memes” the Corporate Media and their one-world string-pullers are getting ready to roll out across popular culture is the jokes of the late night “comics.”

In actuality, these guys get the big bucks, not necessarily because they are funny, but because they are skilled in that 12-minute showcase of disinformation, propaganda and predictive programming known as the “monologue.”

Another place to where readers can spot upcoming propaganda/disinformation memes is to browse a wide selection of daily editorial cartoons from across the country.

OF COURSE, watching only the daily advertisements is like enrolling in a crash course in propaganda and deception.

MORE: THE AMERICAN DREAM: Death of a Dream

EQUATING AN ANIMAL’S LIFE WITH A HUMAN’S 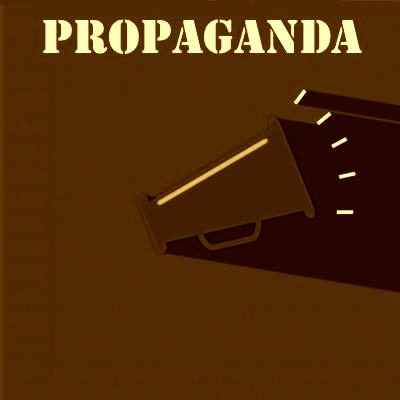 Propaganda is their biggest product: The Corporate Media is not so much a distributor of “news” as it is a tool for indoctrinating the masses.

Gruesome cases of great white sharks having their livers ripped out and eaten by orcas are on the rise because of conservation programmes, expert claims

George Burgess, from the Florida Museum of Natural History claims the murders have always happened, but are now more obvious as shark management programmes have led to rising populations.

“Discovery Channel’s Shark Week made a huge deal about a race between Michael Phelps and a great white shark and they were talking it up all week. Well, people on Twitter were very disappointed that they used CGI and Phelps wasn’t actually racing alongside a great white shark. What do people expect? You can’t get a shark to have a race on command. It’s a shark.”
–James Corden

France will ban all petrol and diesel vehicles by 2040

Archaeologists have completed the first in a series of excavations at the site of the ancient city Shiloh, on the West Bank, in hopes to uncover evidence of a biblical structure.

America’s future is with India and Israel

Huge inferno rips through 1,400 hectares of forest in the south of France and Corsica

MORE: Climate Change or Word of God: Make Your Choice

MORE: Climate Change: Fake It Until They Make It

MORE: Global Warming: What does the Bible Say?

Ebola in America: What does the Bible Say?

“How can the reader know when the Corporate Media is lying to him (never mind the fact that the media is Satan’s Mouthpiece and Satan is the father of lies)? One easy way to tell is the use of “Why” and “How” in the headlines of an article. When the reader sees “Why?” or “How?” in the headline–occasionally “What” is used–that which follows will be a fairy tale, a narrative, a bedtime story spun by the media for the benefit of the media’s master. “Why” usually denotes an on-going narrative; “How” signifies a story line which explains past events. Not all narratives begin with “How” or “Why.” However, the most in-your-face, over-the-top ones usually do. ALL political “news” is narrative.

Corporate Media: Satan’s Mouthpiece is the Author of Confusion

“Things are never quite what they seem. Events are seldom close to how the media and history portray them.”

“It is a free press…There are laws to protect the freedom of the press’s speech, but none that are worth anything to protect the people from the press.”
–Mark Twain, speech: License of the Press

HOW does the US healthcare system compare with other countries?

The standoff between Trump and Sessions escalates

WHY did Donald Trump turn on attorney general Jeff Sessions? – IF any reader believes this story line is anything other than a distraction, he is woefully deceived.

MORE: When Men Cease to Believe the Truth, They will Believe Anything