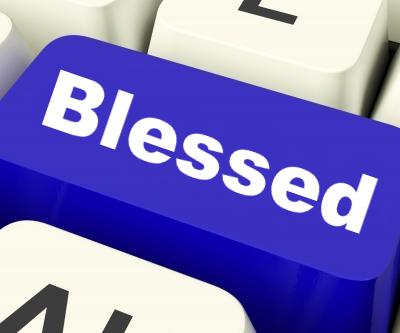 “Blessed is he whose transgression is forgiven, whose sin is covered. Blessed is the man unto whom the LORD imputeth not iniquity, and in whose spirit there is no guile.”
–Psalm 32:1-2

HOW does one become one of these blessed souls?

PART ONE: Blessed Is the Man Unto Whom the LORD Imputeth Not Iniquity – Part One

Some observations/thoughts on this condition which God’s Word calls “blessed“: that no sin be counted against the blessed man.

1- This blessedness is NOT a New Testament circumstance ONLY.

In fact, the blessed circumstance was noted more than once in the Old Testament (most notably 2 Samuel 11-12, as covered in Part One).

“Blessed is the man unto whom the LORD imputeth not iniquity, and in whose spirit there is no guile.”
–Psalm 32:2

“Blessed is he whose transgression is forgiven, whose sin is covered.”
–Psalm 32:1

2- The blessed condition IS a central part of the New Testament (covenant) of Jesus Christ.

“To wit, that God was in Christ, reconciling the world unto himself, not imputing their trespasses unto them; and hath committed unto us the word of reconciliation.”
–2Corinthians 5:19

3- To obtain this blessed state (where sin is not imputed to he who commits it), one must CONFESS his sin to God. CONFESSION OF SIN TO GOD is a central part of God’s covenant of mercy.

“I acknowledged my sin unto thee, and mine iniquity have I not hid. I said, I will confess my transgressions unto the LORD; and thou forgavest the iniquity of my sin.”
–Psalm 32:5

“If we confess our sins, he is faithful and just to forgive us our sins, and to cleanse us from all unrighteousness.”
–1John 1:9

“He that covereth his sins shall not prosper: but whoso confesseth and forsaketh them shall have mercy.”
–Proverbs 28:13

“Even as David also describeth the blessedness of the man, unto whom God imputeth righteousness without works, Saying, Blessed are they whose iniquities are forgiven, and whose sins are covered. Blessed is the man to whom the Lord will not impute sin.”
–Romans 4:6-8

5- Even though this blessed condition is described in the Old Testament, being a Jew or a member of the children of Israel had nothing to do with obtaining it.

Paul even writes of Abraham–who God counted righteous for his FAITH–that Abraham received this mercy of God BEFORE the ritual of circumcision was pronounced.

6- This blessed state is one of the great eternal benefits of all those who have real faith in Jesus Christ.

“But if we walk in the light, as he is in the light, we have fellowship one with another, and the blood of Jesus Christ his Son cleanseth us from all sin.”
–1John 1:7

7- Though believers are promised that God’s Holy Spirit will take up residence inside of them at the moment of conversion, the believer is STILL encased in a body made of dirt. The Spirit of God will henceforth war against the sinful flesh of the believer.

In conclusion, ALL MEN require the blessed state of NOT having iniquity (sin) imputed (counted) to them.

NO MAN is good enough to avoid the pitfalls of sin.

ALL MEN need a savior who will take the blame for the sin which one commits.

Jesus Christ is that savior.

FAITH in the power of Jesus Christ to save one from an eternity of perdition is required.

“And he [Abraham] believed in the LORD; and he counted it to him for righteousness.”
–Genesis 15:6