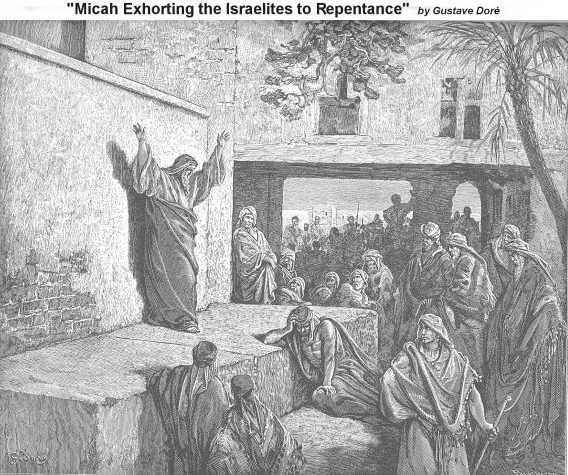 “As many as I love, I rebuke and chasten: be zealous therefore, and repent.”
–Revelation 3:19

In other words, to repent means to change one’s mind about sin; to change one’s direction: to move closer to God, to obey His Word and humble oneself while putting some distance between oneself and sin.

To repent DOES NOT mean to feel sorrow, regret or contrition–though one MAY experience those emotions after repentance.

In such a way have the apostate churches turned “repentance” into “penance.”

penance: an act of self-abasement, mortification, or devotion performed to show sorrow or repentance for sin.

In this way, has repentance gradually been changed from a sovereign work of God’s mercy to something accomplished by MAN’S efforts.

SIN is a transgression against an all-holy God.  Can man do anything to pay for such behavior?

“For Christ is not entered into the holy places made with hands, which are the figures of the true; but into heaven itself, now to appear in the presence of God for us: Nor yet that he should offer himself often, as the high priest entereth into the holy place every year with blood of others; For then must he often have suffered since the foundation of the world: but now once in the end of the world hath he appeared to put away sin by the sacrifice of himself.”
–Hebrews 9:24-26

To repent is to see sin as it really is: a destructive behavior causing eternal spiritual death instead of an attractive bit of fun.

“Remember therefore from whence thou art fallen, and repent, and do the first works; or else I will come unto thee quickly, and will remove thy candlestick out of his place, except thou repent.”
–Revelation 2:5

Repentance is a condition of eternal life.

Jesus Christ Himself said as much TWICE (as recorded in Luke 13).

And Jesus answering said unto them, Suppose ye that these Galilaeans were sinners above all the Galilaeans, because they suffered such things? I tell you, Nay: but, except ye repent, ye shall all likewise perish.

“Or those eighteen, upon whom the tower in Siloam fell, and slew them, think ye that they were sinners above all men that dwelt in Jerusalem? I tell you, Nay: but, except ye repent, ye shall all likewise perish.”
—Luke 13:2-5

DOES the reader have a better idea of what true repentance means?

HAS the reader ever thought much about repenting of sin?

MORE: The Nature of Spiritual Deception