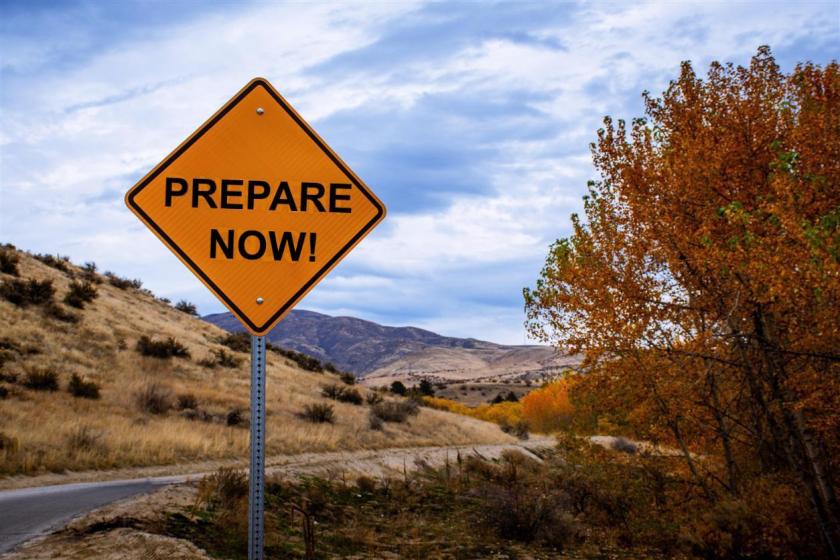 One of the most frequently-asked questions–particularly by the heathen–is“How much time do you think we have left?”

A close second is “What can I do to get ready?”

The answer is usually along the same lines:

It is at this point that it becomes apparent that the non-believers and believers have different ideas about what “prepare” means.

Stock up on various amenities of everyday life.

Purchase a gun and some ammunition.

But NO amount of physical preparation will prepare the non-believer for what is to come upon the earth.

To the non-believer, “prepare” basically means “Become a prepper.”

To the believer, to prepare for the end times is to prepare spiritually according to God’s Word.

So, when the believer is talking to the non-believer about “preparation,” it is very important to spell out what the believer means when he says to prepare.

And that is where the conversation will likely end.

Non-believers have been taught from an early age–particularly the church folk–that the Bible is NOT a book for modern times.

HOWEVER, it is important to communicate EXACTLY what the meaning of “prepare” means.

Otherwise, a failure to prepare MAY end up being a failure to communicate. Which means that the non-believer will prepare in a manner which will be totally unproductive and will NOT prepare him for the end times.

Preparing physically for the end times is, in reality, a real failure to prepare.

DOES the reader think of physical matters whenever he hears to the word “Prepare”?

[Portions of this piece appeared originally in  End Times Prophecy Headlines: May 13, 2019.]