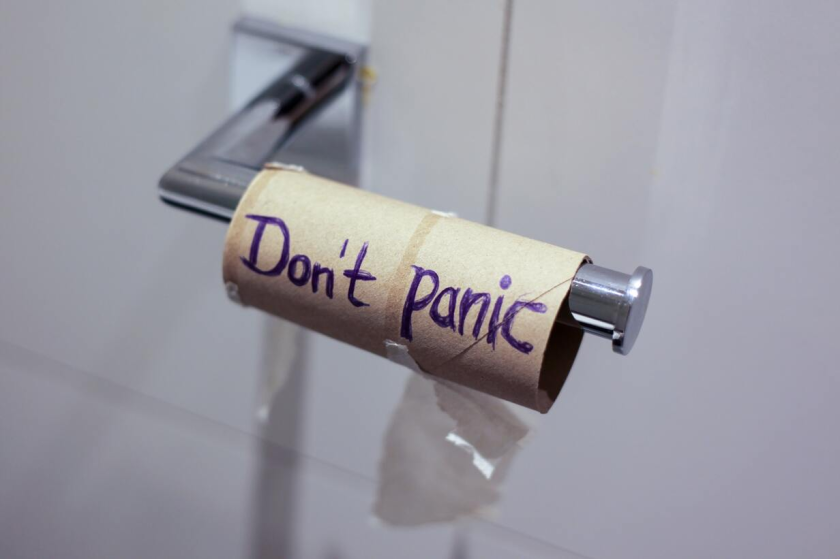 During the end times, HOARDING has become, not only a BIG BUSINESS for some, but A GUIDING PRINCIPLE for others.

to collect and often hide away a supply of : to accumulate a hoard (see hoard entry 1) of

There are even TV shows which weekly document the pathology of those deluded souls who believe in accumulating rotting food or other worthless items until there is no place left to walk in their homes.

During the end times, HOARDING has achieved  some measure of status by changing its name to PREPPING or SURVIVALISM. Apparently “hoarding” items is something which many–even the deceived–look down upon.  BUT, if one is hoarding for one’s survival during a possible future calamity?  Well, that’s okay; that’s just being wise and prudent.

STILL, it seems that ALL hoarders are driven by one belief.

That principle is–whether one is talking about groceries, guns, gold or toilet paper:

This way of thinking not only deceives its adherents into believing they are securing their future, it also provides a few bucks for any who can set oneself up to provide–for a price–to these folks.

The reader can KNOW this way of thinking is a deception: gathering together ANY hoard of food or possessions–supposedly for use during a time of trouble–does NOT cause one to feel more secure, but LESS secure.

Perhaps this is why almost ALL of those who engage in such behaviors are incessant list-makers.  They are frightened they, during all of their hoarding, have forgotten something.

And it seems that the MOST ACCEPTED response to a shortage these days, is HOARDING.

Some attempt to use the CORONAVIRUS “PANDEMIC”  as a justification for hoarding.

Some even liken it to “being caught in a rain shower without an umbrella.”

Those who rush–at the first sign of trouble–to their local supermarket to buy food, water or other “essentials” could be considered part of the prepping movement. Only they are preparing on a much shorter time basis: like, tomorrow.

However, regular preppers turn their noses down at such people.

We’re right to be angry at the people stripping supermarkets bare and hoarding desperately needed supplies. Those people aren’t preppers, however. Preppers don’t engage in panic-buying. That’s the whole point. That’s why it is called prepping.

Many were the media stories which focused on those who hoarded toilet paper and other household goods.

THIS seems to be the motivation behind hoarding for the future, including all of those who believe they can outsmart God by buying an underground bunker and stocking it with food, water and anything else they feel they might need in an “emergency.”

This motto seems to be an attempt to justify ANY hoarding: which includes all which MIGHT come in handy, as well as the things of this world which will not.

DOES the reader store things away for a “rainy day“?