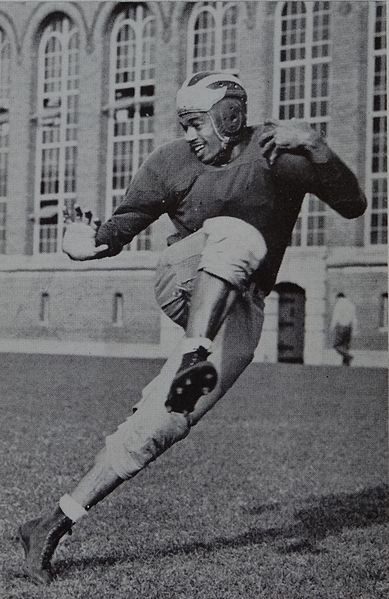 In a normal week, HUNDREDS of questions are posed and SOME of them are even answered.

And so it was that someone recently asked the question (to NO ONE in particular), “I can’t figure it out.  What does the fullback do in a game of (American) football?  He almost NEVER touches the football.  What does he do?”

And since American football will soon be mostly a thing of the past, this seemed to be a timely question.

The QUARTERBACK kicks off the plays and distributes the ball to the other players.

The HALFBACK (or TAILBACK) mostly runs the ball–occasionally, he catches a pass.

The END catches passes (and VERY occasionally runs the ball).

But what does the FULLBACK do?

YEARS AGO, the fullback ran the ball, especially down near the end zone.

But in MODERN FOOTBALL, the fullback has a COMPLETELY DIFFERENT set of jobs.

1- Mostly the FULLBACK blocks for the OTHER back carrying the ball.

2- Sometimes, the FULLBACK will serve as a decoy, acting as though he will carry the ball before it is handed off to the other back.

3- Occasionally, when down near the goal line, the FULLBACK will receive the ball and bull it into the end zone.

BUT MOSTLY, the fullback blocks: that is his primary job in the modern game of American football, particularly the professional version of the game.

“Why even have him then?”

DOES the reader enjoy a good game of football (American-style)?

DID the reader ever wonder what the jobs of the various players were?

DOES watching football take up a LOT of the reader’s free time?

The United States: Out of Business