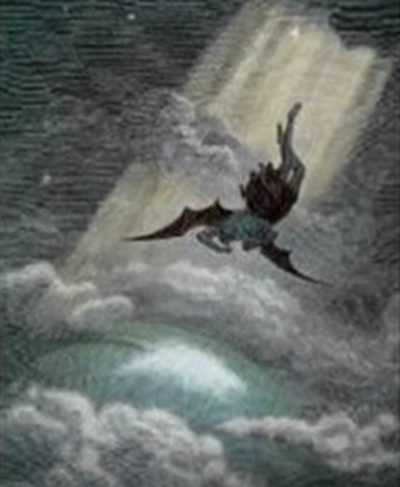 [ACTUALLY, it is much more ACCURATE to proclaim, “As Long as Satan is Prince of This World, Those who Sin Will APPEAR TO Be Rewarded.”]

God’s Word informs the reader that Satan is the ‘prince of this world.’

“Nevertheless I tell you the truth; It is expedient for you that I go away: for if I go not away, the Comforter will not come unto you; but if I depart, I will send him unto you. And when he is come, he will reprove the world of sin, and of righteousness, and of judgment: Of sin, because they believe not on me; Of righteousness, because I go to my Father, and ye see me no more; Of judgment, because the prince of this world is judged.”
–John 16:7-11

“Hereafter I will not talk much with you: for the prince of this world cometh, and hath nothing in me.”
–John 14:30

As prince of this world, Satan is known for rewarding his workers of iniquity (sinners).  Whether this is true or not, this is what Satan’s followers believe: they believe that by doing the will of Satan, they will be rewarded with the treasure of this world.

HOWEVER, the REAL reward of sin is death.

However, those who follow Satan desperately desire to believe something else entirely.

AND SO, those who follow Satan and sin will receive the reward of sin: death.

All who follow the prince of this world will sin.

Satan PROMISES a great many rewards to his followers.

IF ONLY, Satan’s followers would ask, “Can I trust the promises of a KNOWN liar?”

“Ye are of your father the devil, and the lusts of your father ye will do. He was a murderer from the beginning, and abode not in the truth, because there is no truth in him. When he speaketh a lie, he speaketh of his own: for he is a liar, and the father of it.”
–John 8:44

Satan’s time as ‘prince of this world’–as well as his influence on human events–ENDS with the return of Jesus Christ.

Until then, Satan’s stories of the worldly treasure to be had from disobeying God will hold sway–PARTICULARLY among the deceived.

Satan promotes the story that his followers will be richly rewarded with the things of this world.

Satan does NOT promote the ONLY sure reward of sin: death.

“For the wages of sin is death; but the gift of God is eternal life through Jesus Christ our Lord.”
–Romans 6:23

DOES the reader believe that the way to riches is through disobedience and sin?

DOES the reader believe the words of Satan?