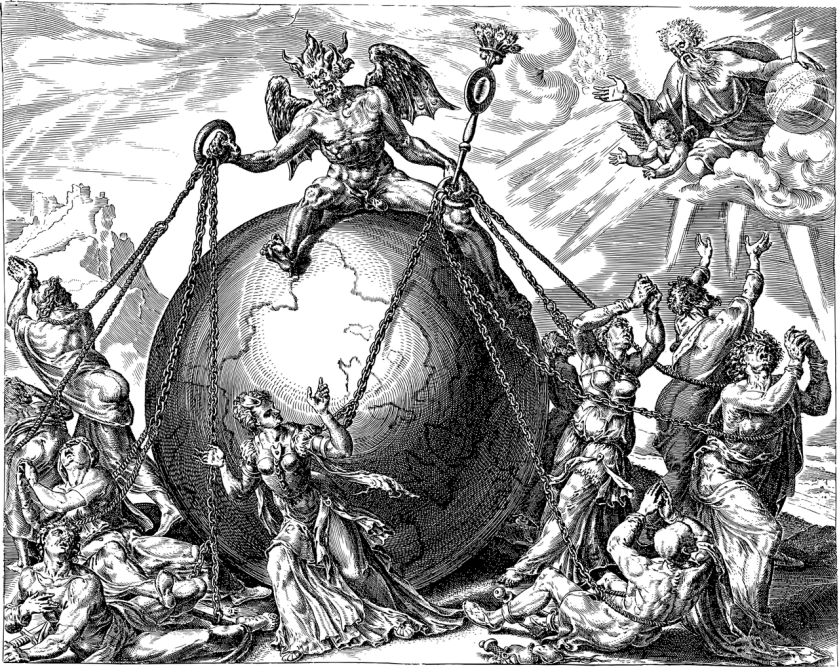 Since almost ALL of mankind is currently deceived by Satan (as well as by the world’s stories), many operate using a kind of satanic SHORTHAND for mental tasks.

This allows the deceived one to ‘think’ about the world around him (and his proper place in it) without really thinking at all.

This sort of satanic shorthand allows the one who practices it a way of operating in the world without FACTS which are contrary to the shorthand user’s point of view. This sort of thinking SHORT CIRCUITS the traditional methods of judgment by man.

The Bible declares a man should LISTEN to what someone has to say on a matter before making a decision.

“He that answereth a matter before he heareth it, it is folly and shame unto him.”
–Proverbs 18:13

But one of the GREATEST statements of Satan’s shorthand declares that judging a man by what he says is unnecessary.

“I don’t have to listen to him!  I already know what he will say!”

IF a reader watches or listens to or reads something which is HEAVILY weighed to one point of view politically, then he likely already operates using a sort of satanic mental shorthand.

Whenever he encounters a piece which is HEAVILY weighed to the same point of view as his own, he likely will have foregone any involved thinking on a matter: the ones who have supplied the piece he is digesting have already done his thinking for him.

IF the same man encounters a piece which is HEAVILY weighed to the opposite point of view than the one the man holds, he will likely forego any involved thinking on the matter: the ones who have supplied the piece he is digesting have already done his thinking for him.

Whenever a committed conservative hears the word “liberal” he IMMEDIATELY mentally substitutes all of the unpleasant ideas about “liberals” he has heard from his indoctrination station.

VOILA! No heavy thinking is required!

The same process holds true of the committed progressive.

Whenever someone associates “Christianity” with “backwards,” “primitive” or “mentally challenged,” he is using his satanic shorthand.

It is VERY doubtful that this person came to his beliefs about Christianity by performing a rigorous reasoning.

It is MUCH MORE LIKELY that this person came to his beliefs about Christianity from his satanic mental shorthand, which achieves the effect of  “thinking with very little thinking.”

And that is the ESSENCE of Satan’s shorthand.

DOES the reader ever catch himself leaping to the conclusion of a matter before he hears the particulars of the matter?

DOES the reader justify this by thinking, “I’ve already got enough information to make a decision“?

image: Image by GDJ from Pixabay.com