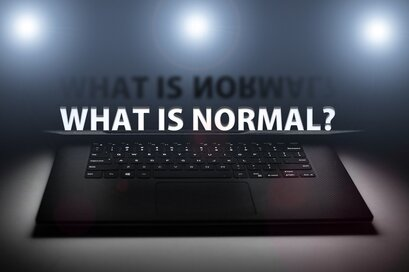 Occasionally, a person makes a GRAND observation by just stating the obvious.

Sometimes, that person doesn’t even know he was making an observation.

And every now and then, a person delivers their observation as a way of being pithy–as well as honest–about a circumstance which they might not be totally prepared for.

And so it was that a few days ago–during an ice storm which killed electric power to a LARGE number of homes (most for several days) nearby–someone made an observation which, not only stuck in the mind of the listener, it CONTINUED to grow in that same mind.

“And we were just getting back to normal, too.  Not really NORMAL normal, but as close to normal as we’ve been for the past year or so.”

The person made this observation during a trip over snow-and-ice-covered roads on her way to the nearest town.

BEFORE she could leave, she had to hurriedly attend to several small children.

THEN, she had to dig her car out of being covered with snow and get it roadworthy so she could see out the windows.

FINALLY, she made her way into the nearest town (everything outside of town being shut down for lack of power) over slippery–but ultimately driveable roads.

It was while this woman was hunched over the steering wheel–her mind ALMOST totally occupied by the task of safely steering her car to town–that she made her observation.

The passenger was impressed with her outlook–even more so after he thought AGAIN on it later.

There were a NUMBER of additional observations which could be made about the woman’s statement.  Perhaps, they will be made at a later date?

For now, we’ll settle for just a couple of the following comments.

What was noticeable was her calling her life situation BEFORE the ‘pandemic’ “NORMAL normal.”

Also, what was noticed was that she must have been HIGHLY adaptable in order for her to find her present life–with its MANY changes wrought by COVID-19–“close to normal.”

The woman made her observation (seemingly without thinking much on it)  to a passenger as she related all of the CIRCUMSTANCES necessary in order for her to leave on her excursion.

And WHY did the woman jump through all of those hoops in order to make a journey to town?

She wanted a pack of cigarettes.

DOES the reader ever hear someone make a observation which sticks in the reader’s mind?

image:  Image by geralt from Pixabay.com