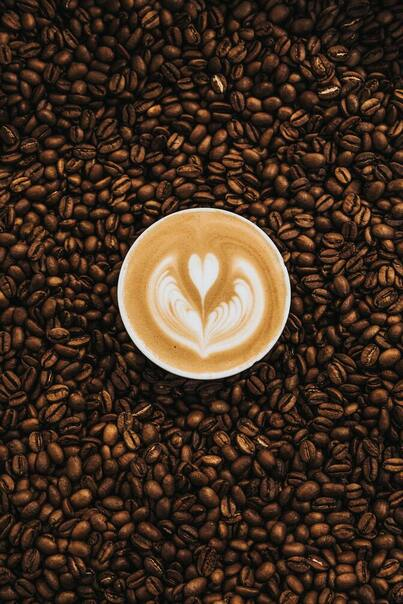 Good or bad, COFFEE is a most popular drink in the country formerly known as the United States of America.

IF one is AGAINST drinking coffee (as one man once put it: “Caffeine is a drug. Are you supposed to be taking drugs?.”), then almost EVERY OTHER DAY, some ‘scientific’ study will support your view, claiming that coffee is the worst thing one can put into his body.

IF one is FOR drinking coffee (as one teen once put it: “It gets me fired up. It gives me pep!”), then almost EVERY OTHER DAY, some ‘scientific’ study will support YOUR view, claiming that coffee is good for what ails a body.

We’ll just go with what Jesus Christ Himself had to say on the matter.

“Then came his disciples, and said unto him, Knowest thou that the Pharisees were offended, after they heard this saying? But he answered and said, Every plant, which my heavenly Father hath not planted, shall be rooted up. Let them alone: they be blind leaders of the blind. And if the blind lead the blind, both shall fall into the ditch. Then answered Peter and said unto him, Declare unto us this parable. Do not ye yet understand, that whatsoever entereth in at the mouth goeth into the belly, and is cast out into the draught? But those things which proceed out of the mouth come forth from the heart; and they defile the man. For out of the heart proceed evil thoughts, murders, adulteries, fornications, thefts, false witness, blasphemies: These are the things which defile a man: but to eat with unwashen hands defileth not a man.
>–Matthew 15:12-20

[Of course, Jesus was referring to eating with unwashed hands or dishes, but He did say that what goes INTO a man does NOT defile him; what comes OUT of a man does–or words to that effect.]

This piece then will neither cheer nor condemn coffee: it will serve as a commentary on a few things which are said when sometimes TALKING about coffee.

MORE: Is Coffee the Demon Bean?

Perhaps the reader has heard someone (VERY occasionally) refer to a cup of coffee as a “hot, steaming cup of Joe.”

Where did this phrase come from?

A LOT of people have made a LOT of guesses, but the answer is: no one knows.

Some of the guesses are entertaining and/or amusing.

After waking up in the morning, millions of people choose to drink a hot (or cold) cup of coffee. Why, though, is this drink referred to as ‘a cup of joe’? Indeed, how did coffee get this nickname?

Well, the origin of this phrase is uncertain. However, there are a few theories. One of them is as follows: Josephus Daniels, who was Secretary of the Navy, banned U.S. Navy ships from serving alcoholic beverages in the year 1914. This ban led to sailors consuming more coffee (among other drinks).

Since Josephus Daniels was responsible for the ban and thus perhaps being partly blamed for the growing intake of coffee, they (the sailors) nicknamed the drink after him, thus it became ‘a cup of joe,’ Joe being short for Josephus. This theory, however, is considered to be unlikely.
—Cup of Joe

“Cup of Joe” is MOSTLY used among the older set–and then, it is a phrase mostly heard in the US or South Africa.

A cup of coffee. Though the true origin is unknown, “joe” as a synonym for coffee is theorized to either be a shortening of “jamoke” (a combination of Java and Mocha, two major suppliers of coffee beans), or as a reference to it being the drink of the ordinary man (i.e., the “average joe”).Primarily heard in US,South Africa.

The island of Java (part of Indonesia) was a MAJOR supplier of the world’s coffee beans for a LONG TIME.

slang A cup of coffee. A reference to the island of Java, a famous exporter of coffee beans.
—Cup of Java

The phrase inspired a hit song in the 1940’s called “Java Jive.”

Java Jive is a song written by Ben Oakland and Milton Drake in 1940 and most famously recorded by The Ink Spots. The lyrics speak of the singer’s love of coffee. The lyrics also reflect the slang of the day, including a reference to “Mr. Moto“, a Japanese film spy.

Amazingly or not, this phrase is STILL heard, though somewhat infrequently.

The words refer to a book which was the supposed memoir of a couple of fake stewardesses.

Coffee, Tea or Me? is a book of purported memoirs by the fictitious stewardesses Trudy Baker and Rachel Jones, written by the initially uncredited Donald Bain and first published in 1967. The book depicts the anecdotal lives of two lusty young stewardesses, and was originally presented as factual.
—Coffee, Tea or Me?

And these are only a FEW of the things one might hear when a discussion turns to COFFEE.

There are others (and they might be covered in the future–God willing.)

WHAT are the reader’s thoughts on coffee?

DOES the reader even have any thoughts on coffee?

MORE: Is Coffee the Demon Bean?