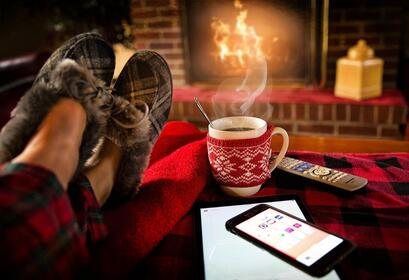 Pretend (Fake) Christianity DOES provide its adherents a small measure of comfort.

Pretend (Fake) Christianity usually goes by the Biblical name of the tares.

“Another parable put he forth unto them, saying, The kingdom of heaven is likened unto a man which sowed good seed in his field: But while men slept, his enemy came and sowed tares among the wheat, and went his way. But when the blade was sprung up, and brought forth fruit, then appeared the tares also. So the servants of the householder came and said unto him, Sir, didst not thou sow good seed in thy field? from whence then hath it tares? He said unto them, An enemy hath done this. The servants said unto him, Wilt thou then that we go and gather them up? But he said, Nay; lest while ye gather up the tares, ye root up also the wheat with them. Let both grow together until the harvest: and in the time of harvest I will say to the reapers, Gather ye together first the tares, and bind them in bundles to burn them: but gather the wheat into my barn.”
–Matthew 13:24-30

“Then Jesus sent the multitude away, and went into the house: and his disciples came unto him, saying, Declare unto us the parable of the tares of the field. He answered and said unto them, He that soweth the good seed is the Son of man; The field is the world; the good seed are the children of the kingdom; but the tares are the children of the wicked one; The enemy that sowed them is the devil; the harvest is the end of the world; and the reapers are the angels. As therefore the tares are gathered and burned in the fire; so shall it be in the end of this world. The Son of man shall send forth his angels, and they shall gather out of his kingdom all things that offend, and them which do iniquity; And shall cast them into a furnace of fire: there shall be wailing and gnashing of teeth.”
–Matthew 13:36-42

And so, the tares are the MANY traveling the broad way to destruction.

During a recent discussion about the FEW who are Christians and the MANY who are tares, it was brought up that the tares DO enjoy some comfort from their pretend behavior.  There are several reasons for these comforts–which, although they provide SOME comfort, do NOT provide the assurance of eternal life as does REAL Christianity–and a few of those reasons follow.

1- The safety of the herd

Those who attempt to rise to the top of the tare pile many times receive the accolades of their fellows. It is NOT because of their righteousness they are applauded, but because of their APPEARANCE of being righteous (though the two are very often confused).

3- The small comfort of false assurances

Though many are workers of iniquity (who know better), a great many of the tares suffer from DECEPTION and believe they are really doing God’s will. Because they believe the deceiving stories of men over the Word of God, these tares will ultimately reap the harvest of their deception.

4- Receiving, during this VERY short life, the benefits of the world

Because many of the tares suffer from deception, they mistakenly equate the success they enjoy in this world as PROOF they will enjoy success in the next life.

“Ye adulterers and adulteresses, know ye not that the friendship of the world is enmity with God? whosoever therefore will be a friend of the world is the enemy of God.”
–James 4:4

5- NOT believing the Word of God, many live for the creature comforts of today over the possible benefits of tomorrow

These are chiefly the workers of iniquity.

And so, although they do NOT enjoy the ULTIMATE benefit of eternal life, the tares DO enjoy SOME comfort being a tare.

The million-dollar question–which will not be answered until the tares’ exit from this world: Are these supposed benefits enough?

WHAT does the reader believe?