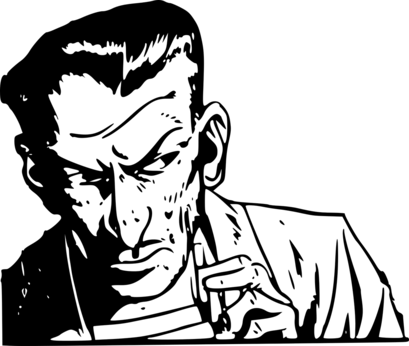 Sometimes, man marks an action as an “accomplishment“–OFTEN, without being fully aware he is doing this.

This point was brought to mind recently by the odd behavior of an acquaintance.

Over the years, this man had CONSTANTLY worked toward the goal of finding THE PERFECT PEN: the PERFECT writing utensil.

To this end, this man had sought, found and evaluated THOUSANDS of those writing instruments we call ‘pens.’  Plastic, metal, combinations of metal and plastic, name brands, offbrands, no-brands: ALL were put through the wringer of this man’s meticulous searching.

Though NOT a man of any great means, this acquaintance had four or five LARGE PLASTIC TOTES full of pens he had once judged to have satisfied his requirements.

BUT, regardless of how often he claimed a previous pen (which he had earlier judged) satisfied ALL of his writing needs, he continued to search for that ultimate pen of worth.

And, upon finding a worthy pen–after a few days admiration–he soon enough added it to his collection which resided in those LARGE PLASTIC TOTES–and his search began anew.

The reason behind this never-ending search for the perfect pen was wondered at until one day, the man revealed a few interesting points about his search when a conversation meandered its way to the topic.

“So where do you have to go to today?”

“Pick up a few prescriptions, get some pot pies and some toilet paper–Oh, and then go down to So-and-so’s Store to look at a pen someone turned me on to.”

“Okay.  But I wouldn’t get my hopes up if I were you: you’re ALWAYS looking for pens that never seem to work out.”

“Yeah, but this one–there’s something about this one I want to check out.”

“My buddy brought one of these pens over for me to try out and it was a doozy! That’s why I want to check it out!”

“If this pen is the one, what does that mean?  What will you do any differently with it?”

“I’ll find the right pen, then I’ll finish my book!”

“Since eighth grade–but it’s been slow trying to do it with the pens I’ve used so far.”

“Why not use a typewriter or a word processor?”

“I like putting my thoughts down with a PEN, that’s why.”

And so, with this little scrap of personal information, it was decided that the man equated finding the perfect pen with finishing his book.  Find EXACTLY the right pen and the book would write itself, as they say.

At any rate, ACCORDING TO THIS MAN, it seemed that this man’s journey to finishing his book was being held up by the lack of the PERFECT pen.

IF ONLY that pen could be found…

Of course, in the 20+ years to being neighbors, this was the first time the man had EVER mentioned his book–and its connection to his WELL-KNOWN, never-ending journey to finding the PERFECT PEN.

SO, was the reference to “his book” an attempt at clever subterfuge?  A red herring of the pen-obsessed?

All of the pens in those LARGE PLASTIC TOTES?

They represented steps along the path of accomplishing his never-written book.

EVEN if those ‘accomplishments’ were only seen as such for a day or two.

EVEN if the man was NOT aware that he thought buying a pen represented an ‘accomplishment.’

EVEN if the man was soon enough back to his search.

For a day or two, “all was right with his world.”

Which is why it is STRONGLY suspected that the man will find some fault with his latest discovery.  It may take him a couple of days, but soon enough, this latest ‘find’ will be REJECTED and a new search begun.

BUT–for a few days at least–the man will bathe himself in the warm glow of his odd accomplishment.

DOES the reader have any ‘odd accomplishments’?

WOULD the reader realize it if he did?

[Portions of this piece appeared originally in End Times Prophecy Headlines:  May 2, 2022.]