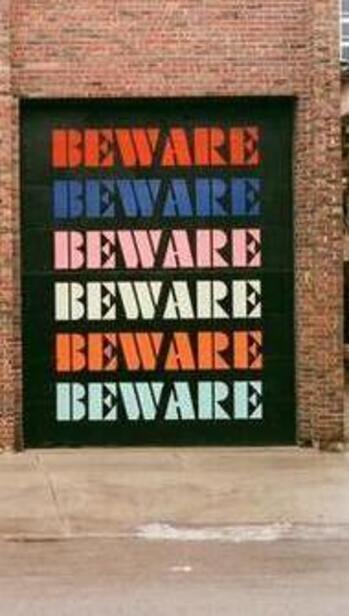 In the third chapter of Paul’s epistle to the Philippians, the apostle put forth (to the readers) a threefold warning.

Although those words may sound a bit odd today, in Paul’s time, they were well understood by his listeners.

Here is the way one commentator put it YEARS AGO.

Beware of dogs, So the Jews, by way of contempt, used to style all heathens: and now, as a just return for their contentions and obstinate opposition to the true religion, the Apostles, St. Paul and St. John, retort it upon themselves. See Re 22:15; Ps 22:16. Pyle.

— beware of evil workers, For they labor only to pull down God’s building, and to destroy the church of Christ. Elsewhere he styles them “deceitful workers,” 2Co 11:13. Dr. Whitby.

— beware of the concision, By this name St. Paul calls the Jewish teachers, who were not only circumcised themselves, but now, after the coming of Christ, taught that the outward circumcision of the flesh was necessary to salvation, whilst they were at the same time destitute of the circumcision of the heart. Parkhurst.–BRITISH FAMILY BIBLE NOTES

Back in the day, ‘concision’ almost EXCLUSIVELY had to do with ‘circumcision’ and the way false Jews came to view that rite as an automatic way of life–INSTEAD of it being a part of a covenant which had been updated by Christ’s resurrection.

The MODERN definition of ‘concision’ MOSTLY has to do with being CONCISE and using no more words than are necessary.

Paul’s warning was to his church to watch out for those who claimed to be Jews because they had the OUTWARD sign of circumcision of the flesh.

He called this cutting of the flesh “the concision” and likened it to those parts of the law which forbid ‘cuttings of the flesh.’

ALL of this is what Paul was referring to when he warned to “Beware of the concision” in Philippians 3:2.

HAS the reader ever wondered about ‘the concision?’

WAS the reader even aware of Paul’s warning?