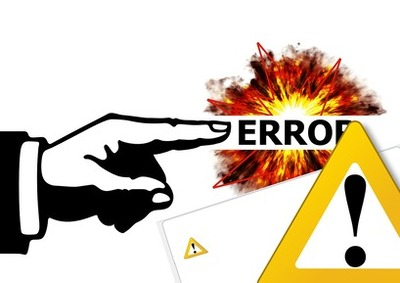 THERE are a NUMBER of misconceptions about the end times which haunt ANY usage of the information among those gathered together for MOSTLY teaching purposes.

We have collected a couple of these misconceptions for the education and erudition of the reader.

1- The one-world government is something that will occur sometime in the (near) future.

God’s Word declares that man will be ruled by a government unlike any that has been upon the earth to date.

“And it was given unto him [the man of sin; the false prophet] to make war with the saints, and to overcome them: and power was given him over all kindreds, and tongues, and nations.”
–Revelation 13:7

” In the first year of Belshazzar king of Babylon Daniel had a dream and visions of his head upon his bed: then he wrote the dream, and told the sum of the matters.  And four great beasts came up from the sea, diverse one from another. After this I saw in the night visions, and behold a fourth beast, dreadful and terrible, and strong exceedingly; and it had great iron teeth: it devoured and brake in pieces, and stamped the residue with the feet of it: and it was diverse from all the beasts that were before it; and it had ten horns. I came near unto one of them that stood by, and asked him the truth of all this. So he told me, and made me know the interpretation of the things. Then I would know the truth of the fourth beast, which was diverse from all the others, exceeding dreadful, whose teeth were of iron, and his nails of brass; which devoured, brake in pieces, and stamped the residue with his feet; Thus he said, The fourth beast shall be the fourth kingdom upon earth, which shall be diverse from all kingdoms, and shall devour the whole earth, and shall tread it down, and break it in pieces.
–Daniel 7:1,3,7, 16,19,23

So, the one-world government will occur during the end times.  Those who labor for the mystery of iniquity often refer to this government as “the new world order.” They almost unanimously place its happening sometime in the future.

BUT WHAT IF the one-world government has been calling the shots for some time now?

WHAT IF the world is being ruled by a coalition of ten countries’ leaders (as per the Bible) and doesn’t know it?

WHAT IF the only thing missing from the ‘great and terrible beast’ of Daniel is an announcement to the world’s populations that they are now under the thumb of a one-world government?

To confirm the existence of the ten leading countries who rule the world, one only need pay attention to all of the times supposed MORTAL ENEMIES cooperate to help one another out.

2- The man of sin [also called the beast and the false prophet] looks a GREAT DEAL like a man of God BUT will be a dutiful slave to Satan, chasing after the devil to obtain as much POWER as he can.

(Not that it ultimately helps.)

“And I beheld another beast coming up out of the earth; and he had two horns like a lamb, and he spake as a dragon.”
–Revelation 13:11

So, the man of sin will LOOK like Jesus (the Messiah)–that is one reason the man of sin is also called the ‘false prophet’– but will mouth the words of his benefactor, the devil.

When Jesus Christ walked the earth the FIRST time, he warned of the false prophet and his horde of antichrist followers.

“For many shall come in my name, saying, I am Christ; and shall deceive many.”
–Matthew 24:5

So, the man of sin (false prophet; false Messiah) will LOOK a lot like the Messiah, but will SOUND a lot like Satan.  Mostly, the ones primarily fooled by such chicanery will be those who are always fooled by such pretty words.

The man of sin’s pretty words help cause the WHOLE WORLD to worship Satan and his beasts–though they will believe they are worshiping agents of God.

There are a number of false information surrounding the people, places and things of the end times.

God willing, we will cover more of them soon.

HAS the reader swallowed either of these two MISCONCEPTIONS?