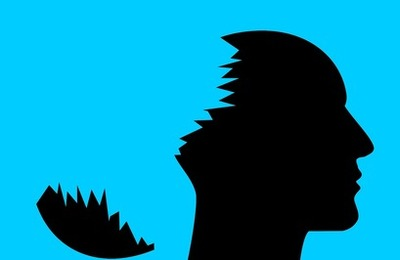 “Why would ANYONE fight against God or Jesus Christ?”

Why would ANYONE take on the most powerful being EVER?

Are such futile fighters missing part of their brains?

After much thought (over the years), it has been decided that there are several cogent answers.

1- The FIRST of those answers has to do with the person’s BELIEF SYSTEM.  IF a person has been taught from an early age that God does NOT exist (or that God is weak), then one can probably be excused from thinking that there’s not much downside to taking on such an entity.

OF COURSE, the creation of all things argue against such a teaching.

“For the wrath of God is revealed from heaven against all ungodliness and unrighteousness of men, who hold the truth in unrighteousness; Because that which may be known of God is manifest in them; for God hath shewed it unto them.  For the invisible things of him from the creation of the world are clearly seen, being understood by the things that are made, even his eternal power and Godhead; so that they are without excuse: Because that, when they knew God, they glorified him not as God, neither were thankful; but became vain in their imaginations, and their foolish heart was darkened.”
–Romans 1:18-21

It is an unfortunate circumstance, but BAD TEACHINGS lead to BAD THINKING and BAD DECISIONS.

BUT, someone who is REALLY interested in knowing the truth will be satisfied: so BAD TEACHING is only a hindrance, NOT a good reason to close one’s eyes and stick with that WRONG TEACHING.

2- ANOTHER reason why someone would fight against God the Creator of ALL THINGS, is that the person DOES NOT BELIEVE God is who His Word declares Him to be.

The most usual person suffering from this bad belief is someone who listens to Satan.  IF one is listening to Satan, then one KNOWS that Satan doesn’t have a very good relationship with the truth.

“Ye are of your father the devil, and the lusts of your father ye will do. He was a murderer from the beginning, and abode not in the truth, because there is no truth in him. When he speaketh a lie, he speaketh of his own: for he is a liar, and the father of it.”
–John 8:44

A regular listener of Satan will have caught the devil in more than one untruth.

So why would ANYONE listen to the father of lies?

3- Because nonbelievers do not have all of the pertinent information about God, they suffer from ANOTHER deficiency: a lack of good, complete information.

This is a problem which man (by himself) CANNOT remedy.  Only God can make the change, not man.

OF COURSE, end times man is DECEIVED; i.e., he toils under deception.

NOW, man being man, man has been known to ‘hedge his bets.’

Why wouldn’t someone ‘hedge their bets’ on this most important of decisions?

The ONLY answer one may reasonably arrive at is that the person is not interested in ‘hedging his bets.’

In other words, the person is fairly certain that they are right and all of this ‘God talk’ is nothing more than nonsense from the weak- and primative-minded, intended to control all who pay attention to such tripe.

The reader might devote a few  moments to PRAY for such people as those deluded enough to fight against the universe’s most powerful being.

And while he is PRAYING, the reader need devote a few moments to himself: that HE is NOT deluded by BAD THINKING or BAD TEACHING.

[Not many will do this, but the plea has to be made.]

HAS the reader prayed to NOT be deluded?

image: Image by Tumisu from Pixabay.com