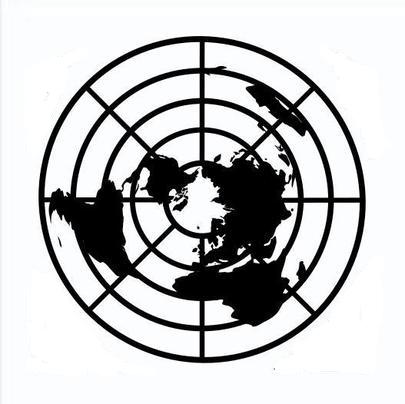 One world is coming–whether or not the reader believes or is prepared for it or not.

The media is all about promoting a “world without borders.” It’s all a part of the end times “unity” promotion run by the media on a 24/7 basis.

A world without borders is a world that is governed by a one-world government.

A world without borders is a world celebrated by the mystery of iniquity as a goal of mankind and a gateway to peace, brotherhood and blah-blah-blah.

A world without borders has long been promoted by the world’s leaders as a “new order” or a “New World Order.”

The idea of a world without borders has been featured on the back of the American $1 bill. “Novus ordo seclorum” translates to “A new order for the ages.”

A world without borders is what the Bible calls the “beast.”

A country without borders is not a country–which is one of the prime reasons the open US southern border has been encouraged by the government/media for decades.

It’s not only a loser. It’s an unpopular loser.

The author’s argument is “A better option than exclusion would be to restrict migrants’ eligibility for benefits.”

Apparently, a government which has proved totally incapable of the far-easier task of keeping illegals from crossing the purposely-defenseless border will do a bang-up job of identifying and keeping those same illegals off the benefit rolls.

But then, most of the high-profile illegal immigrant ‘advocates’ already know all of this.  Their job is to provide a counterweight to common sense and prudence–and to distract and kill time while the hordes continue north.

It all seems part of a plan to stoke anger against illegal immigrants for a future smack-down of epic proportions.

Since the USA will soon become part of a larger region within the one-world society, borders are an anachronism.

Once again, one world is coming–whether or not the reader believes or is prepared for it or not.

There is still yet a little time for the reader to change directions (repent).