For centuries, the wicked and ungodly have regularly called for the world to unite; for men everywhere to lay aside their differences and come together.

The ungodly–especially those who inhabit the churches–relentlessly urge end times unity. Though they would disagree publicly, they want the world united under the dragon, who deceives the whole world.

“And the great dragon was cast out, that old serpent, called the Devil, and Satan, which deceiveth the whole world”
–Revelation 12:9

The Bible declares the ungodly will be successful for a season (42 months): the world will at last be united in a worldwide rebellion against God and His Son, Jesus Christ.

“The kings of the earth set themselves, and the rulers take counsel together, against the LORD, and against his anointed, saying, Let us break their bands asunder, and cast away their cords from us.”
–Psalm 2:2-3

“But his citizens hated him, and sent a message after him, saying, We will not have this man to reign over us.”
–Luke 19:14

“Thus he said, The fourth beast shall be the fourth kingdom upon earth, which shall be diverse from all kingdoms, and shall devour the whole earth, and shall tread it down, and break it in pieces.”
–Daniel 7:23

Yes, the wicked and ungodly have regularly called for the world to unite; for men everywhere to lay aside their differences and come together in a fake love, peace and brotherhood.

OF COURSE, those who oppose this one-world utopia will be ruthlessly dealt with. Followers of Jesus Christ will especially be pursued, as will true Jews not in the synagogue of Satan.

A great many of these men calling for unity have been important political leaders.

“The point in history at which we stand is full of promise and danger. The world will either move forward toward unity and widely shared prosperity – or it will move apart.”
–Franklin Roosevelt, US president

“In the next century, nations as we know it will be obsolete; all states will recognize a single, global authority. National sovereignty wasn’t such a great idea after all.”
—Strobe Talbot, Deputy Secretary of State, TIME, July l992, quoted in New World Order: 37 Quotes about the New World Order, One-world government and one-world religion

Many of the ungodly men promoting one-world unity have been writers and entertainers.

“I’ve performed in China, France, New Delhi, and Indianapolis, and everybody just allows themselves to go at it and have a good time. I think that’s what I’m doing through music. It’s not about ‘I’m from here and you’re from there.’ It’s about unity.”
–Ricky Martin, singer

You may say that I’m a dreamer
But I’m not the only one
I hope someday you’ll join us
And the world will be as one”
–John Lennon, singer (Imagine)

“We are only as strong as we are united, as weak as we are divided.”
—Harry Potter and the Goblet of Fire

“Countless people will hate the new world order and will die protesting against it.”
—H.G. Wells, The New World Order, 1939

Meanwhile, these same wicked men (who plan for the union of the entire world) stir up division, strife, anger and hatred among the various groups in order to accomplish their goal.

Black against white, atheist and homosexual against church-goer, conservative against liberal, young against old: if there are two groups, the reader can rest assured that divisions are being created; anger and hatred are being promoted.

Meanwhile, other wicked men are leading the way toward a resolution of those divisions with shouts of “Revolution!” and “Fight!” and any other words which will further these dark ends.

Chaos and anarchy: financial, social, political, The bigger the better. The more the merrier, so to speak

Like an occult phoenix rising from long-schemed ashes, a new order for the world will emerge: one that is united under the rule of their man of sin.

“Let no man deceive you by any means: for that day shall not come, except there come a falling away first, and that man of sin be revealed, the son of perdition“
–2Thessalonians 2:3

“and power was given him over all kindreds, and tongues, and nations.”
–Revelation 13:8

“And all that dwell upon the earth shall worship him, whose names are not written in the book of life of the Lamb slain from the foundation of the world.”
–Revelation 13:8

“And deceiveth them that dwell on the earth by the means of those miracles which he had power to do”
–Revelation 13:13 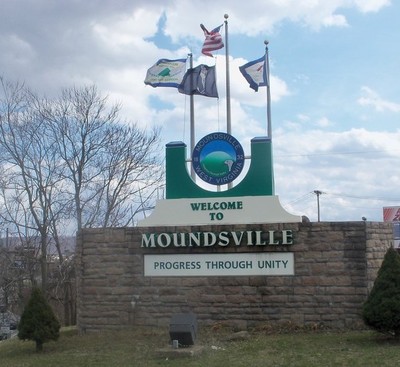 These men who have plotted to control the entire world are rich and wicked men. But they are only the human faces; they are not masters of their own future: they are puppets of the dark forces which stand behind them.

“For we wrestle not against flesh and blood, but against principalities, against powers, against the rulers of the darkness of this world, against spiritual wickedness in high places.”
–Ephesians 6:12

Their agents are especially noticeable in the apostate churches, where the calls “We have to get back to God!” and “The country needs to return to God!” are often heard. along with their constant bleating for “UNITY!”  (The god being referred to in these calls to unity is NOT the same as God Almighty.)

However, the country was NEVER under God Almighty. The country has ALWAYS worshiped other gods; pagan gods: demonic entities.

Some in the churches knew and understood; many other have been deceived with a wink and a smile.

And so, the world, its wicked men and the churches will have their unity: a world united in sin. And man’s civilization will at last be like it was before God destroyed the world with flood: “evil continually.”

“And GOD saw that the wickedness of man was great in the earth, and that every imagination of the thoughts of his heart was only evil continually. And it repented the LORD that he had made man on the earth, and it grieved him at his heart. And the LORD said, I will destroy man whom I have created from the face of the earth; both man, and beast, and the creeping thing, and the fowls of the air; for it repenteth me that I have made them.”
–Genesis 6:5-7

The Bible declares the world will be united…

…For three-and-one-half years, forty-two months, one-thousand-two-hundred-sixty-days the wicked will control the earth and appear to triumph over the saints.

“And it was given unto him to make war with the saints, and to overcome them: and power was given him over all kindreds, and tongues, and nations.”
–Revelation 13:7

So the next time the reader hears one of the ceaseless calls for “UNITY!” he will know from from whence they came.

This will be especially true after a loss in war. The appeals for unity during and after a big war are particularly impassioned.

There IS a true unity. However, it NOT one the world (which hates God Almighty and His Son, Jesus Christ) will embrace.

Is the reader watching?

Is the reader taking heed?

Is the reader following men or Jesus Christ?

There is still time to change direction.

Tender Mercies of the Lord: Will Not Always Be Available

6 thoughts on “UNITY OR ELSE: A World United in Sin is Almost Here”