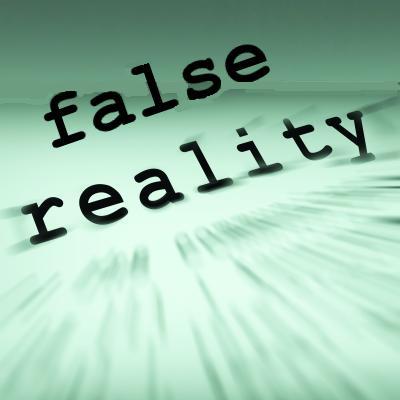 There’s a reason for the smothering ubiquitous deception one is now living in. The reader can know this reason–IF he is concerned enough.

“It’s in our biology to trust what we see with our eyes. This makes living in a carefully edited, overproduced and photoshopped world very dangerous.”
― Brené Brown

“People are starting to wake up to the fact that a media/political party-complex basically decide our candidate, then create the illusion for the rest of us that in fact we’re the ones who did the deciding.”
—Marianne Williamson

“People live with the illusion that we have a democratic system, but it’s only the outward form of one. In reality we live in a plutocracy, a government of the rich.”
—Jose Saramago

I think the greatest illusion we have is that denial protects us. It’s actually the biggest distortion and lie. In fact, staying asleep is what’s killing us.
—Eve Ensler

“World Peace Day is envisioned to become a moment of global unity – it is up to each and every one of us to make this a reality.”
—Jeremy Gilley

“We live in a fantasy world, a world of illusion. The great task in life is to find reality.”
—Iris Murdoch

“As far as I can see, it’s not important that we have free will, just as long as we have the illusion of free will to stop us going mad.
—Alan Moore

“The greatest obstacle to discovery is not ignorance – it is the illusion of knowledge.”
—Daniel J. Boorstin

“The American people are free to do exactly what they are told.”
― Ward Churchill

“The days when the words ‘Hollywood actor’ framed Ronald Reagan like bunny fingers as an ID tag and an implied insult seem far-off and quaint: nearly everybody in politics – candidate, consultant, pundit, and Tea Party crowd extra alike – is an actor now, a shameless ham in a hoked-up reality series that never stops.”
—James Wolcott

“Is not this whole world an illusion? And yet it fools everybody.”
—Angela Carter

“When you’re surrounded by people who share the same set of assumptions as you, you start to think that’s reality.”
—Emily Levine

“I have a foreboding of an America in my children’s or grandchildren’s time — when the United States is a service and information economy; when nearly all the manufacturing industries have slipped away to other countries; when awesome technological powers are in the hands of a very few, and no one representing the public interest can even grasp the issues; when the people have lost the ability to set their own agendas or knowledgeably question those in authority; when, clutching our crystals and nervously consulting our horoscopes, our critical faculties in decline, unable to distinguish between what feels good and what’s true, we slide, almost without noticing, back into superstition and darkness.”
― Carl Sagan, The Demon-Haunted World: Science as a Candle in the Dark (1995)

“For you who no longer posses it, freedom is everything, for us who do, it is merely an illusion.”
—Emil Cioran

“I like the idea that we build up these walls or rules or laws to maintain our reality, and when they fall away, you’re left with a whole bunch of illusions. Smoke and mirrors.”
—Sarah McLachlan

“Everything’s fine today, that is our illusion.”
—Voltaire

“When I create a false reality, I always try to create a plausible structure to help convince people.”
—Joey Skaggs

Is the reader tired of living in a world of lies?

Is the reader ready for the ultimate truth?

Or has the reader already been inoculated against the truth?