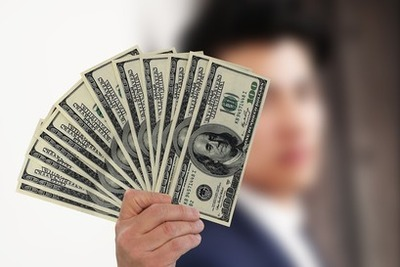 One day last week, an acquaintance let his IMAGINATION get the best of him.

“Just imagine!  IF you got your monthly check EVERY DAY!  You’d NEVER go broke…You’d never need anything!  You would ALWAYS have money!”

The answer to this flight of imagination was the simple

“You know, often, it the money that’s the PROBLEM, NOT the solution!”

“What I mean is this: people always imagine that if they had unlimited amounts of money, nothing ELSE would change.  They would be the same, their circumstance would be the same, EVERYTHING would stay the same EXCEPT they would have all of this money and their life would be peaches and cream.”

“NO.  God’s Word informs the reader that if you have more money, you’ll just find something to spend it on.  Doesn’t matter what: it will soon enough be gone and you’ll be thinking about your next check.”

“When goods increase, they are increased that eat them: and what good is there to the owners thereof, saving the beholding of them with their eyes?”
–Ecclesiastes 5:11

“Okay, okay! BUT I’d still rather have the money!”

“The Bible says that the LOVE of money is the root of ALL evil.  NOT the money itself, but the LOVE of MONEY.”

“For the love of money is the root of all evil: which while some coveted after, they have erred from the faith, and pierced themselves through with many sorrows.”
–1TIMOTHY 6:10

“Okay, okay. But you can’t tell me that money can’t fix problems!”

“It can. If your faucet is dripping, it can pay a plumber. If your car breaks down, it can pay the repairman.”

“See? MONEY CAN SOLVE A BUNCH OF PROBLEMS!”

“It doesn’t change the fact that money is often the PROBLEM and NOT the SOLUTION.”

And that is pretty much where that discussion ended–though it did NOT appear that EITHER person’s point of view had been changed.