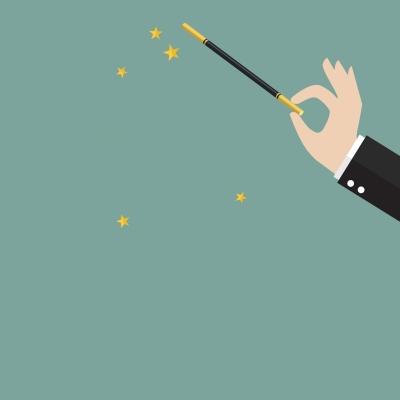 The end times are a time of great sorceries.

That is, a time when wicked men access illegitimate supernatural (demonic) power, in spite of the warnings contained throughout God’s Word.

Though men give demonic power many different names, it is all basically the same.

In the times in which we live, it is the job of popular culture to make such demonic power less scary or creepy to the public. And so, the Corporate Media–along with Big Education and Big Entertainment–have turned witchcraft into something cool and desirable–even fashionable.

The same goes with wizards and sorcerers.

The latest from this deceptive crew is the blurring of magic into science (once claimed to be a very objective-based discipline) and science back into magic. This prepares the public to accept the claim that magic is really just “science we don’t yet understand.”

To this end, many resources of the mystery of iniquity has been poured into this end times project of claiming science, magic, sorcery and witchcraft–actually all demonic power–is merely an advanced form of science.

Also to this end, “science” has been transforming into the occult, esoteric and mystical.

This helps explain the recent fascination with all things quantum; i.e., basically a realm too small for humans to see–and therefore ripe for the stories of those who use such fables to control the masses.

Actually, magic is little more than science–IF one knows the occult origins of science and where the stories of science were always headed.

MORE: The Occult Sources of Much Science

The last days are a time when the use of demonic power–even more so than at the present–is commonplace.

“And the rest of the men which were not killed by these plagues yet repented not of the works of their hands, that they should not worship devils, and idols of gold, and silver, and brass, and stone, and of wood: which neither can see, nor hear, nor walk”
–Revelation 9:20

The groundwork has already been laid; the foundations have been constructed: end times demonic power (magic, sorcery, witchcraft, divination, etc.) will be something man sees as something everyday; normal; scientific.

This familiarity and comfort with demonic power is one reason the entire end times world worships the dragon [Satan].

What is sad is that many in the end times worship Satan, not necessarily out of love of Satan, but because they are comfortable with lies–and because they trusted the words of man over the Word of God.

HAS the reader put his faith in things of this world–such as science and politics–which cannot last?