The TV preachers, the wolves in the pulpit and the antichrist “Christian TV” networks all declare the world will see a GREAT REVIVAL soon.

IN FACT, one way to tell the apostates is by the “Revival is coming!” chatter.

The Quiet Revolution: A Religious Revival in America – The Bible speaks of an end times church which experiences great end time revival and, in fact, the entire earth will worship in this church.

It is the church of the dragon (Satan).

And all that dwell upon the earth shall worship him, whose names are not written in the book of life of the Lamb slain from the foundation of the world. If any man have an ear, let him hear.”
—Revelation 13: 5-9

This is the only end times “revival” the Bible declares will happen. 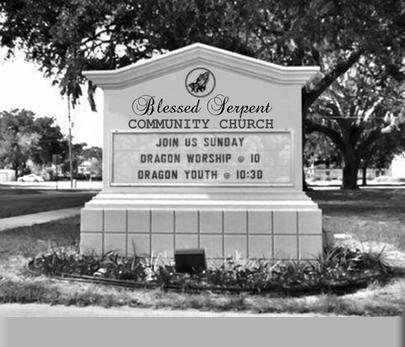 Yet, the apostates in the end times fake churches continue babbling about a ‘revival’ on which the Bible is completely silent.

When the times comes, the great majority of humanity will put their hands up for Satan and praise and worship the beast.

There is NO end times revival prior to the return of Jesus Christ–Except for the church of Satan revival (which will pass itself off as a ‘super-spiritual, holy religious’ church).

The American churches are already part of this end times satanic church.

It’s one of the reasons they refuse to preach the gospel.

Revival or Apostasy: To everything there is a season

IS the reader looking for a GREAT REVIVAL before Jesus Christ returns?

WILL the reader be singing the praises of the dragon [Satan]?

There is still time to turn to the truth.