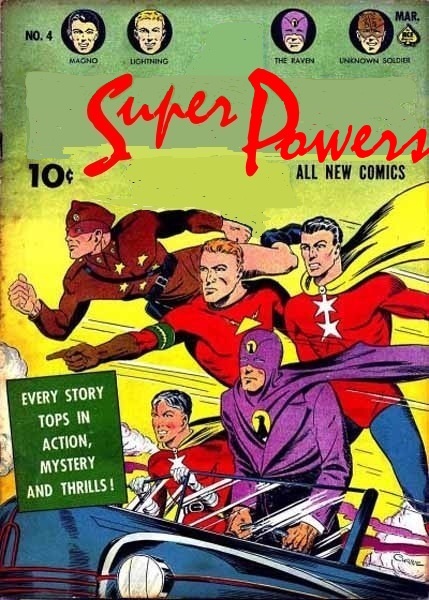 Like the stories of UFOs, space aliens and threats from outer space, “superpowers” are an end time deception.

And like those extraterrestrial bedtime stories, the idea of superpowers has been pounded into the brains of the deluded masses since childhood. “Superpowers” propaganda has especially been disseminated via comic books and other entertainment.

Yet, like the deception of UFOs and ET, superpowers have crossed over into the mainstream, with the Corporate Media regularly running stories about the idea of superpowers for a humanity starved for power.

Even Google has gotten into the game.

The following is a partial list (with pictures!) at the top of the page when one enters “superpowers” into Google.

So, what’s the scheme behind all the talk about superpowers (which has been going on for decades, OR since comic books began featuring “superheroes” in the 1930s)?

A look at the listing found on Google offers a few clues. The items on the list of “superpowers” consist largely of 3 components.

1 Those lies told to Eve in the garden (immortality and god-like power).

“And the serpent said unto the woman, Ye shall not surely die”
–Genesis 3:4

“For God doth know that in the day ye eat thereof, then your eyes shall be opened, and ye shall be as gods…”
–Genesis 3:5

3 Other names for various demonic and occult practices, powers and/or contact.

The constant media/entertainment focus on “superpowers” is only a pre-selling of the demonic. This is a deception that this illegitimate supernatural power may be used without consequences; without incurring the wrath of God.
—SUPERPOWERS: Superpowers in the End Times

However, even if the entire world KNEW they were being deceived about “superpowers,” it would STILL likely turn to demonic power. God’s Word warns.

Sorcery (also translated as “witchcraft“) is one of the five big sins of the end times.

“And the rest of the men which were not killed by these plagues yet repented not of the works of their hands, that they should not worship devils, and idols of gold, and silver, and brass, and stone, and of wood: which neither can see, nor hear, nor walk: Neither repented they of their murders, nor of their sorceries, nor of their fornication, nor of their thefts.”
–Revelation 9:20-21 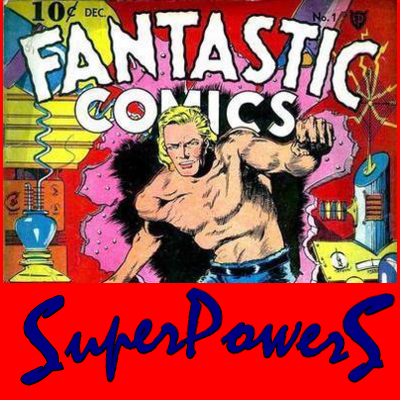 The closer mankind comes to the climax of human history, the more we will hear about “super-powers.”

Maverick scientist thinks he has discovered a magnetic sixth sense in humans – Yet another fable from that never-ending story machine we call “Science!”

…regardless of the various deceptive names such power is marketed.

IS the reader looking for power from within?

OR from “scientific” or technological advances?

THERE is still time left to change direction (repent) and call upon the name of the LORD.